Give your marriage the well-deserved date night it needs! Enjoy a night of fun and laughter for you and your spouse with Mark Christopher Lawrence, Andy Beningo, Joey ILO, Paul May and Leland Klassen. 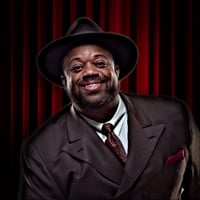 Recipient of the 2012 San Diego Critic’s Circle Craig Noel: Award – Outstanding Actor Of The Year. MCL is an international headliner that has worked with the likes of Sinbad, Jerry Seinfeld, Rodney Dangerfield, and Jeff Foxworthy as well as, having headlined clubs and colleges all over the USA and Canada. With over three decades on the Entertainment Industry, MCL is best known for his series regular role as Big Mike on the NBC TV series Chuck. He recently completed production on the ADULT SWIM TV show Black Jesus and is recurring on The PureFlix.com comedy hit, Malibu Dan The Family Man. He can be seen on the Disney Channel’s original TV movie Life Is Ruff and guest appearances on Lab Rats, Good Luck Charlie, Heroes, Weeds, My Name Is Earl, Reba, Grounded for Life, Crossing Jordan, and Amazing America with Sarah Palin. MCL is in pre-production on several projects as a writer and/or producer including a talk show for PureFlix.com called Pure Comedy and his one-man show entitled People We Love To Hate. On video you can watch MCL’s work in The Pursuit of Happyness, The Island, Garfield, Terminator II, Fear of a Black Hat, and Cooties to list a few.

With over 2,800 career performances, Andy Beningo has established himself as one of the most in-demand comedians working today. Hailed for his clean and “every man” style, Andy has been named one of the 40 best up and coming comedians in the U.S., as well as “Best Comedian” by both the Detroit Metro Times and Detroit Hour magazine.

He recently taped a special for Drybar Comedy, and has appeared on AXS Gotham Comedy Live, as a final four finalist on CMT's Next Big Comic, and on the Bob and Tom radio show. Andy's new CD, “Quiet Coyote,” regularly plays on Laugh USA on XM Sirius Radio. His rare ability to find humour in subjects like growing up the middle child, his short-lived career as a middle school teacher, and our society's obsession with technology has made him a crowd favourite in audiences worldwide.

Beningo also won the Clean Guys Unbleepable Contest and his stand-up clip on text-messaging premiered before Dave Coulier's The Clean Guys of Comedy movie, which was in over 600 movie theatres across the U.S. 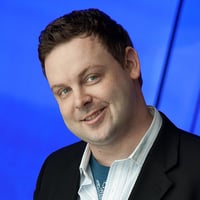 To say that comedy is in Joey ILO’s blood wouldn’t be far from the truth. He was, after all, raised by honest-to-goodness clowns! Never a stranger to the stage, Joey started performing as a musician and songwriter when he was 11 years old. At age 26, he decided to follow in his parent’s (oversized) footsteps and begin a career in comedy.

In his first year as a comedian, Joey was named the regional winner of the Sierra Mist Search for the Next Great Comic and appeared on NBC’s Last Comic Standing season 5. Joey’s a high energy comic who’s been touring coast to coast. His perspective and family experiences are as unique as his last name. Joey’s vision is to do a clean show so that anyone and everyone in the family can enjoy – not just a certain group of people.

Paul May has been a road warrior since his college days, founding and leading a drama and sketch comedy troupe called Clear Vision Drama Company. So he is no stranger to making people laugh! In 2014 Paul made the switch from sketch comedy to stand-up comedy and is quickly rising through the ranks. Paul also utilizes his acting skills doing comedy video shorts and does various fictional character impressions throughout his show.

Paul has been given the nickname Mr. High Octane from fellow comedians who have toured with him, and you will quickly see why. This would be the equation for the formula of the mind and body of Paul May: High energy + Hyperactivity + a wacky sense of humour = A great time of fun and laughter.

In his short four years of stand up, Paul has toured all over the U.S. performing at churches, as well as some notable comedy clubs such as the Funny Bone, Gotham Comedy Club, and the oldest comedy club in New York. 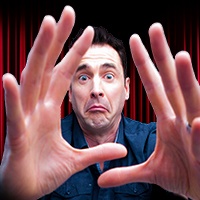 Starting off at amateur nights, Leland decided right from the beginning that he would remain clean despite what everyone else was doing. As a result, over the last 16 years Leland has become recognized as Canada’s premier clean comedian. With his unique intelligence and wit Leland has carved out quite a niche for himself in the world of entertainment. Using his farm boy charm and handsome (although somewhat inbred) Mennonite good looks, Leland’s clever observations and rich life experiences are brought to life in a one of a kind show.

Please direct all questions and comments to Fun and Faith as Focus on the Family Canada is sponsoring these events, but is not running the ticketing or operations of the event. Send questions to info@funandfaith.ca or call 519.342.6492 (email is preferred).

*Comedians listed in each location are subject to change.